The Message Trust hosted the first ever Thursday Night Live (TNL) open mic event on Thursday, 27 July 2017 at our very own Mess Cafe! TNL is an exciting new initiative that provides a night of well known and upcoming local artists from around Cape Town.

Local artists included our headline act Seve Music Kid, Kinetic IV, Erin Faro and Christina Otto-Anakwa. It was an amazing evening as each artist performed various cover songs and originals which got the audience singing and dancing. It was exciting to see such a full turn out for our first ever TNL and we will now be introducing TNL as a monthly event at the Mess Cafe.

The vision of TNL, is provide a platform for Christian artists to to perform their music and share stories of hope, whilst being able to give back through supporting our Mess Cafe. The Mess Cafe provides employment and training opportunities for youth who want to leave a life of crime and gangsterism.

Look out on our facebook page for more information and our next TNL on the Thursday 31st August!

If you would like to know more about TNL please email Donovan Nelson for more information.

Check our our picture gallery below 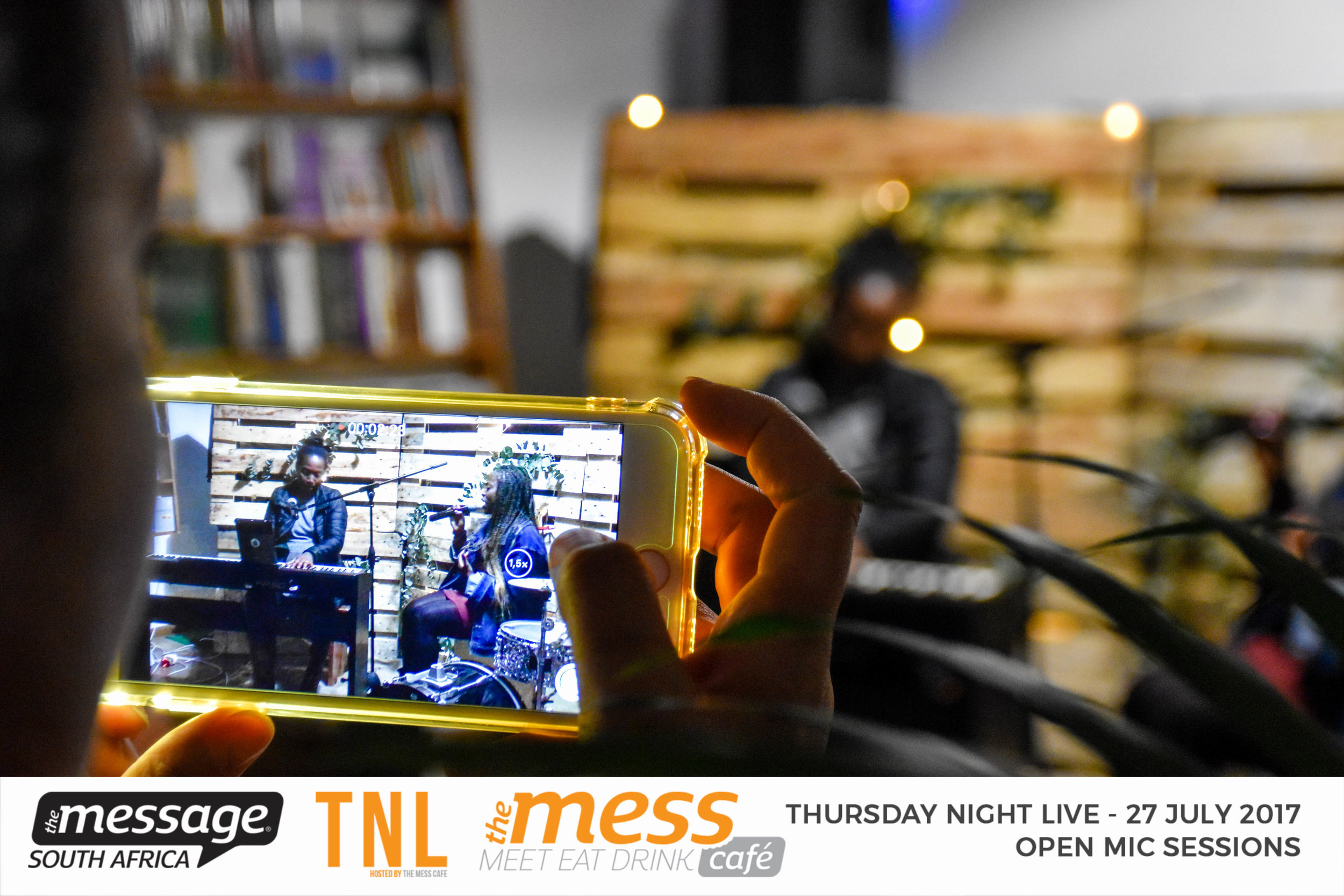 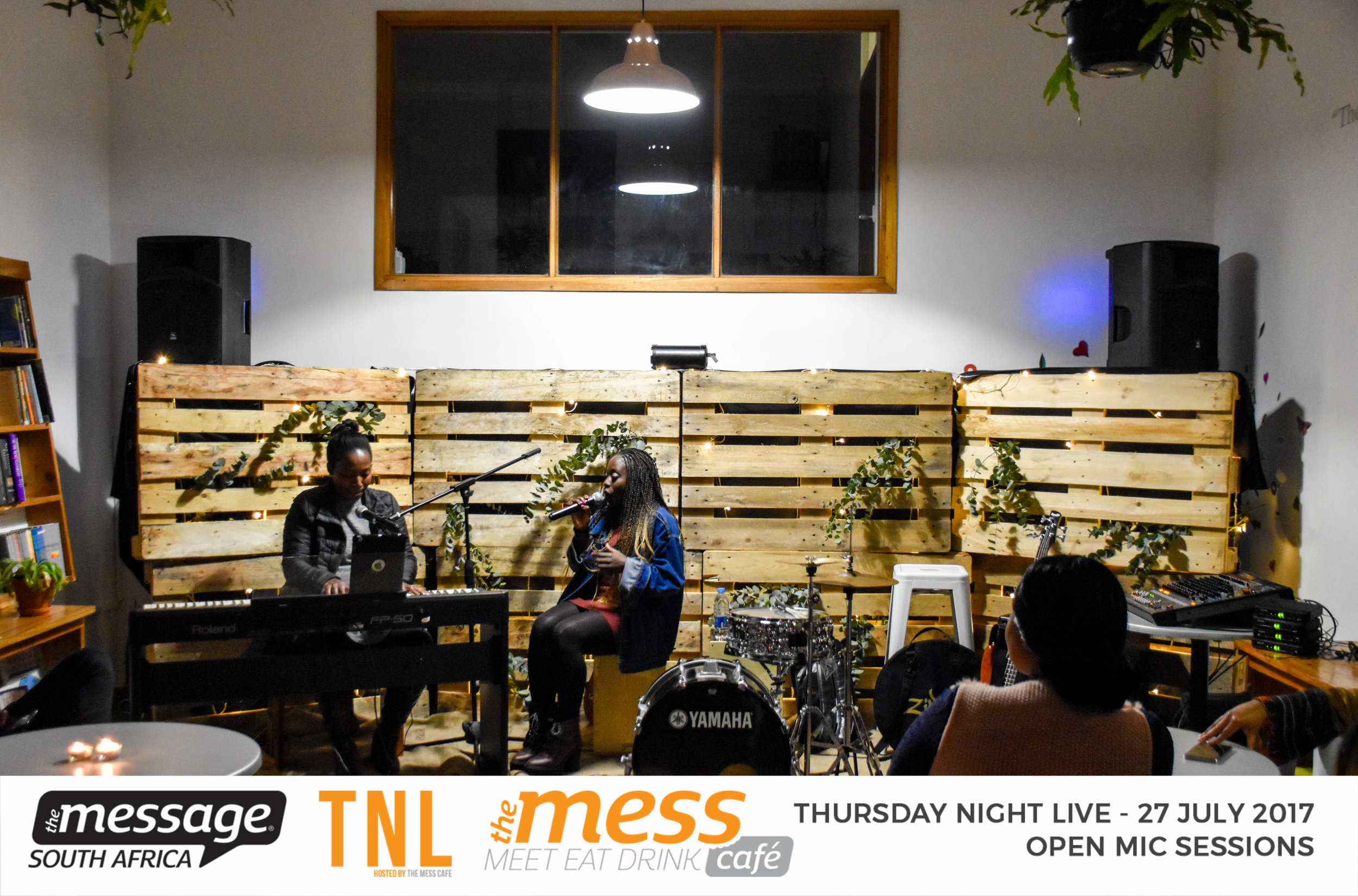 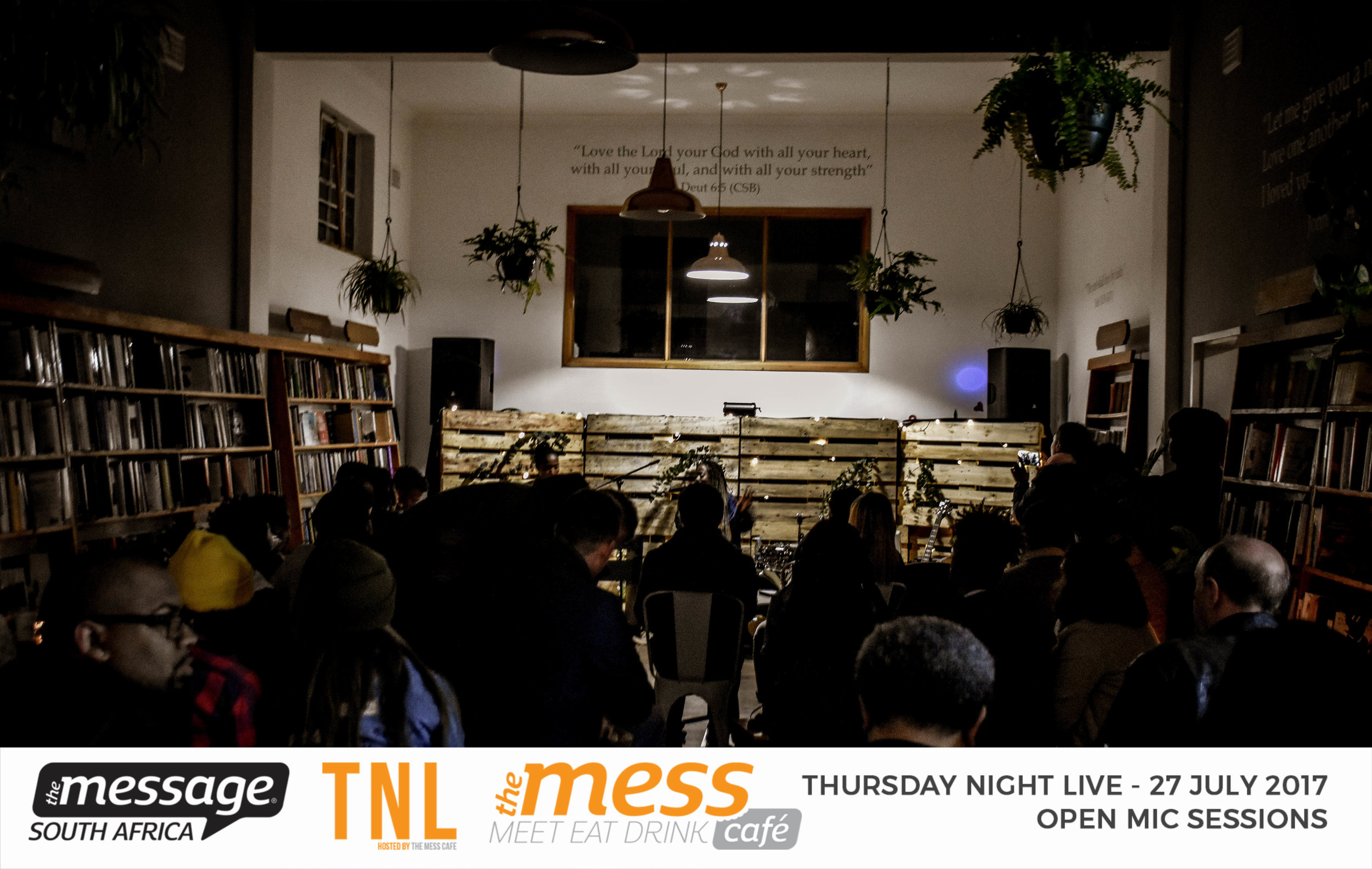 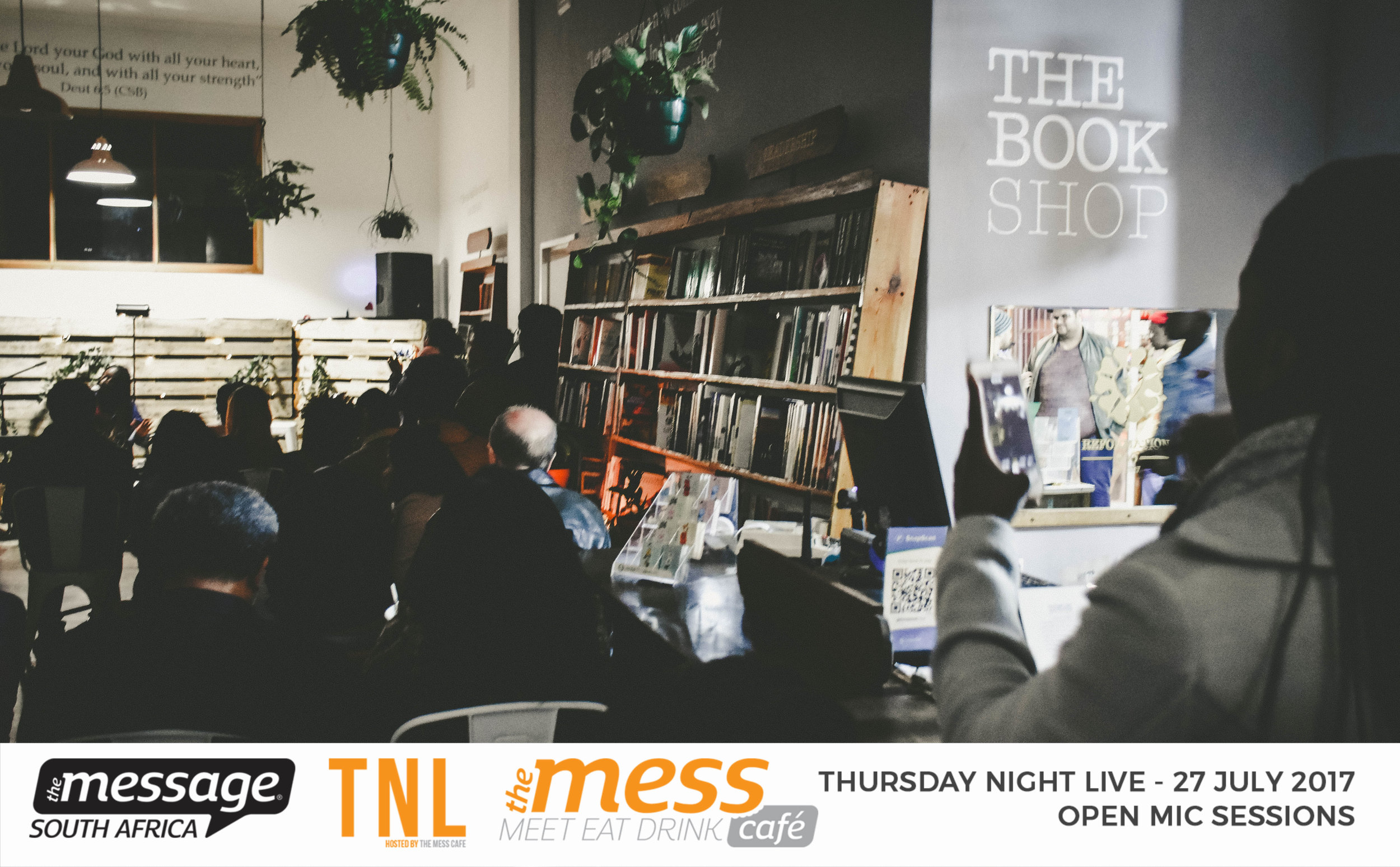 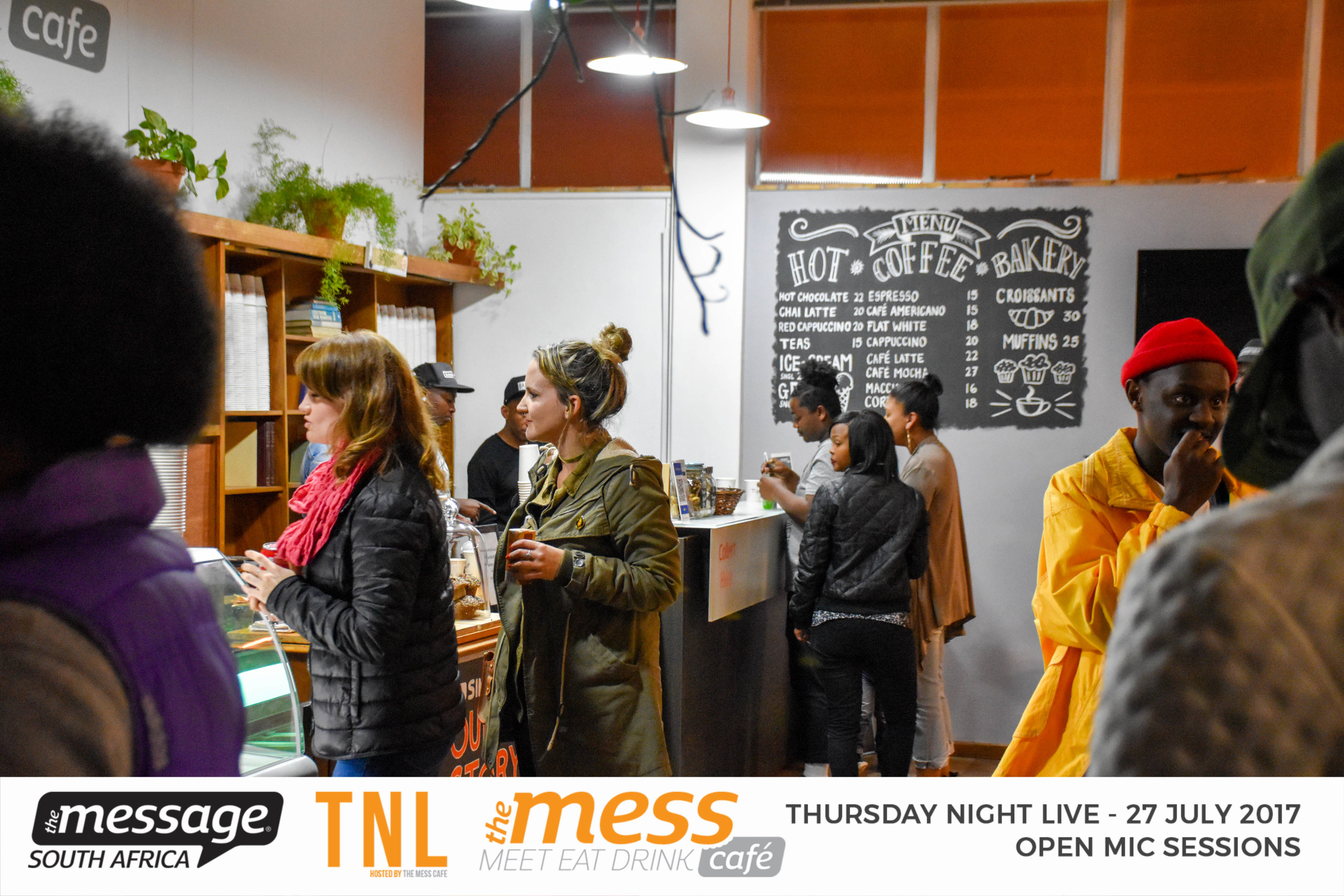 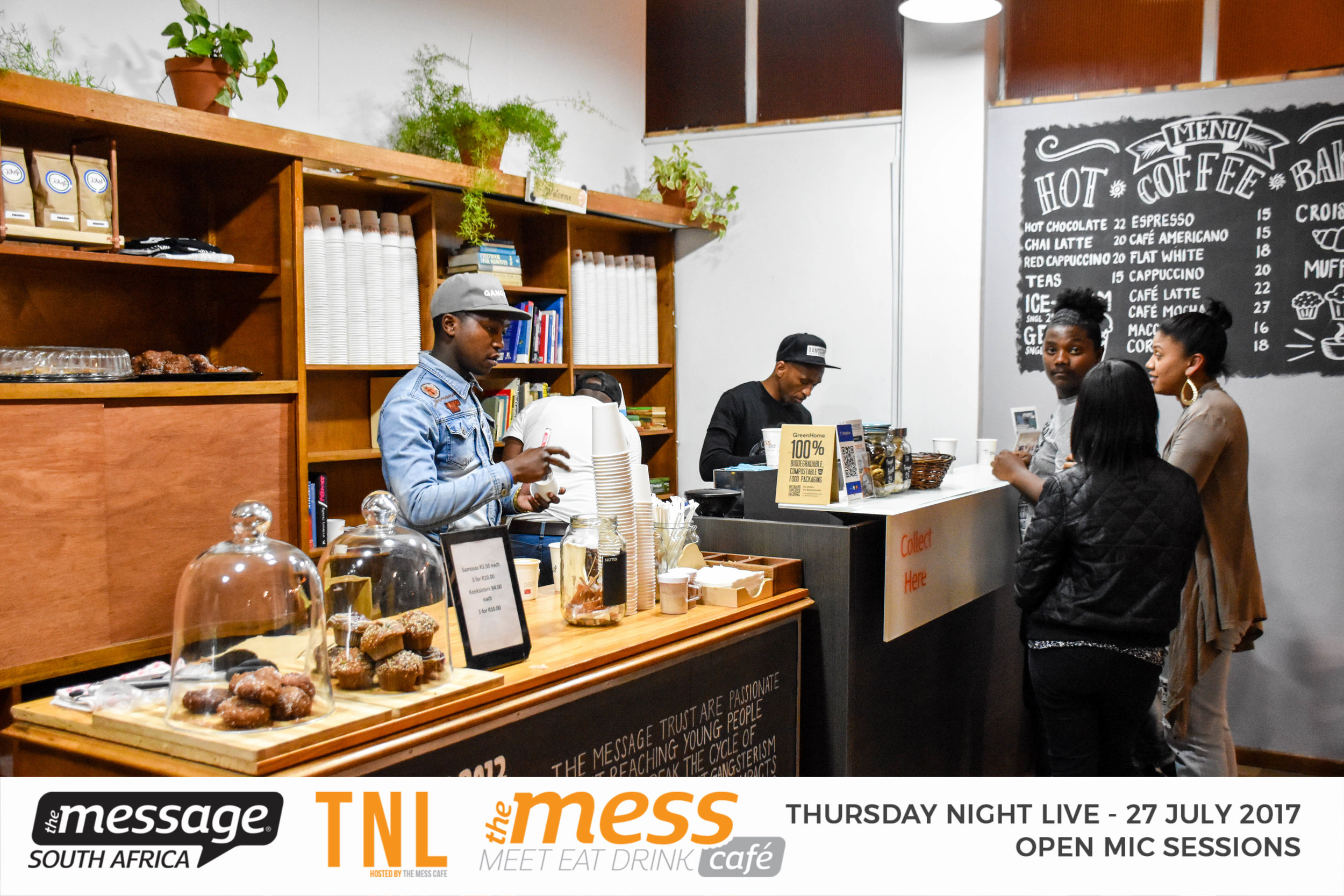 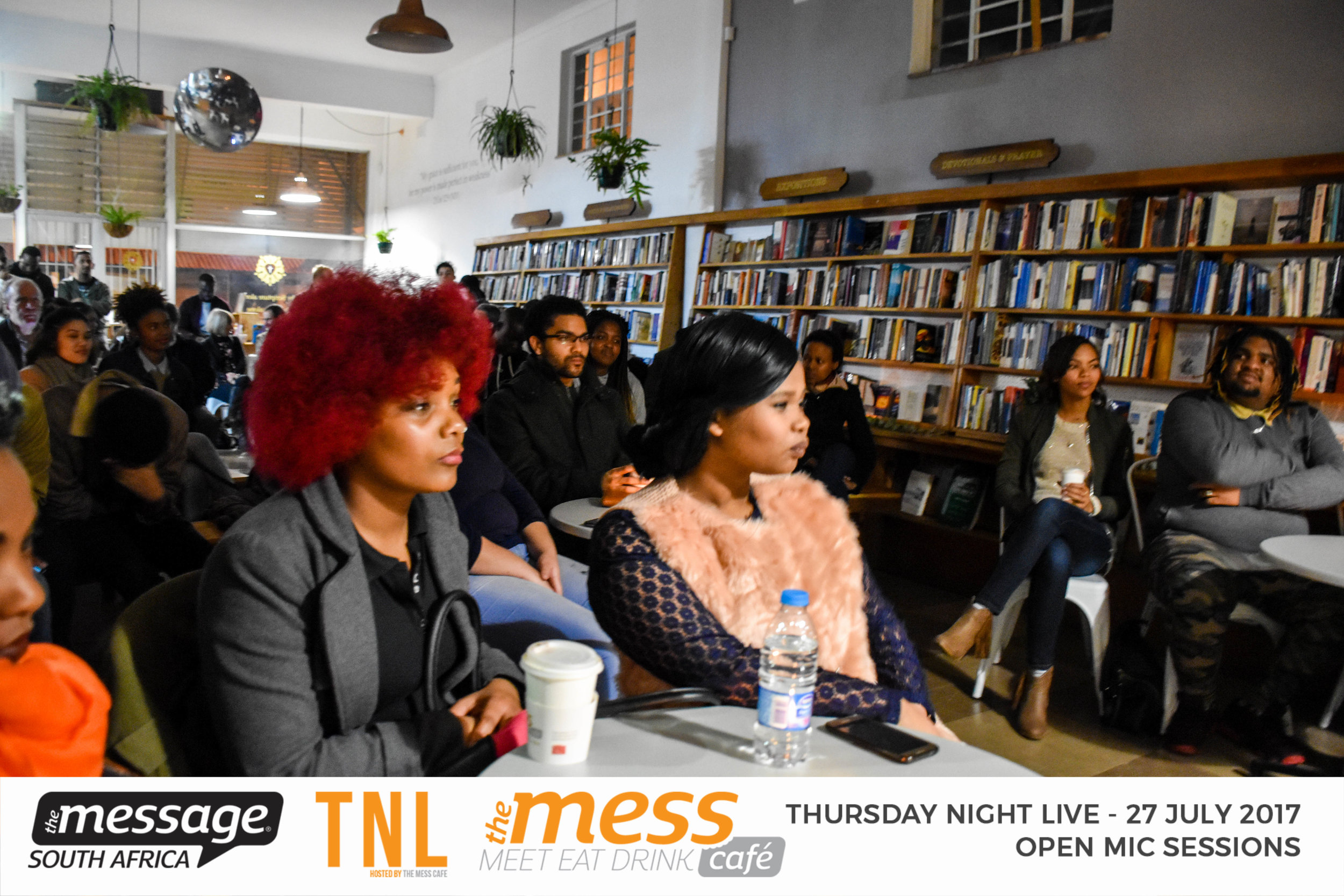 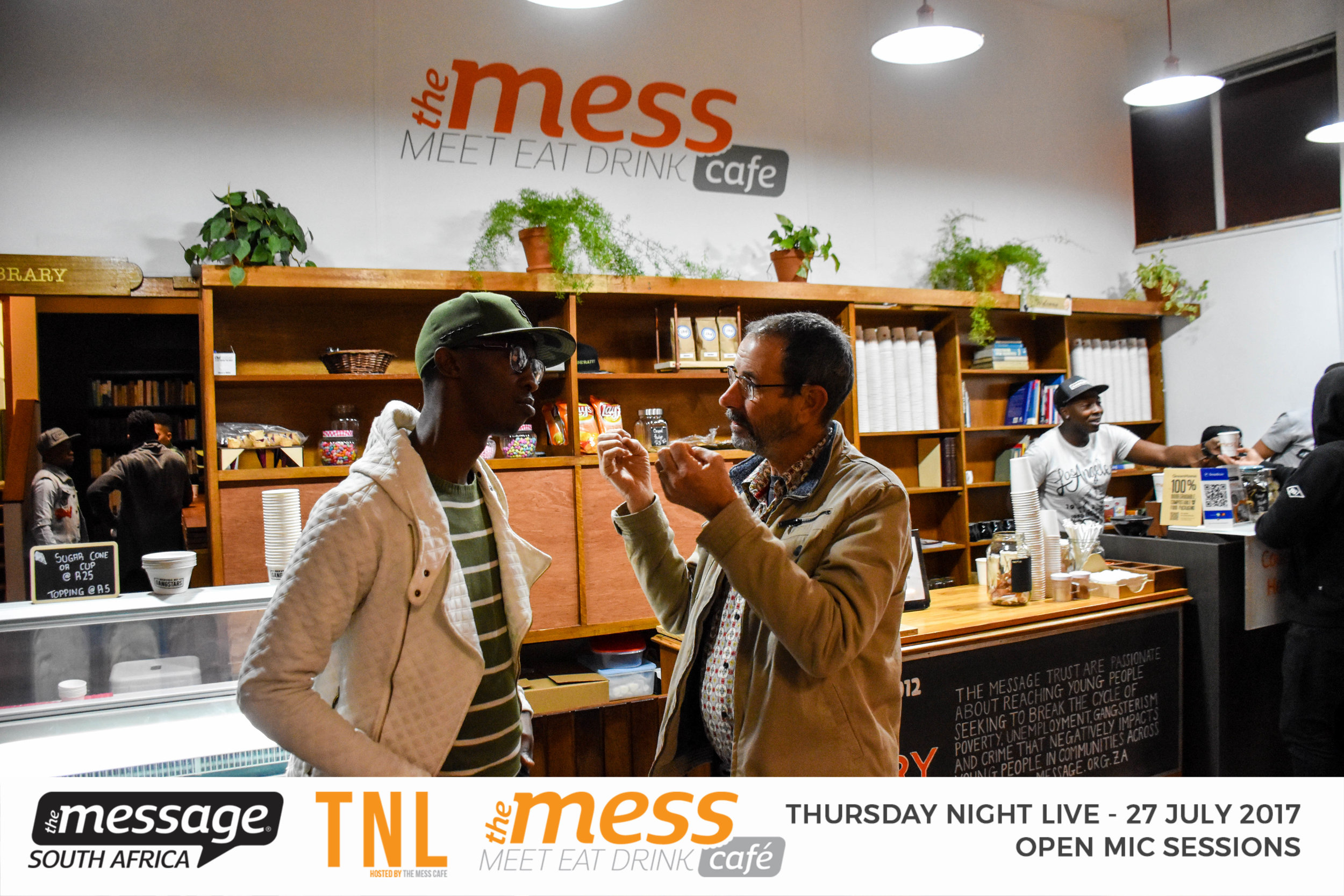 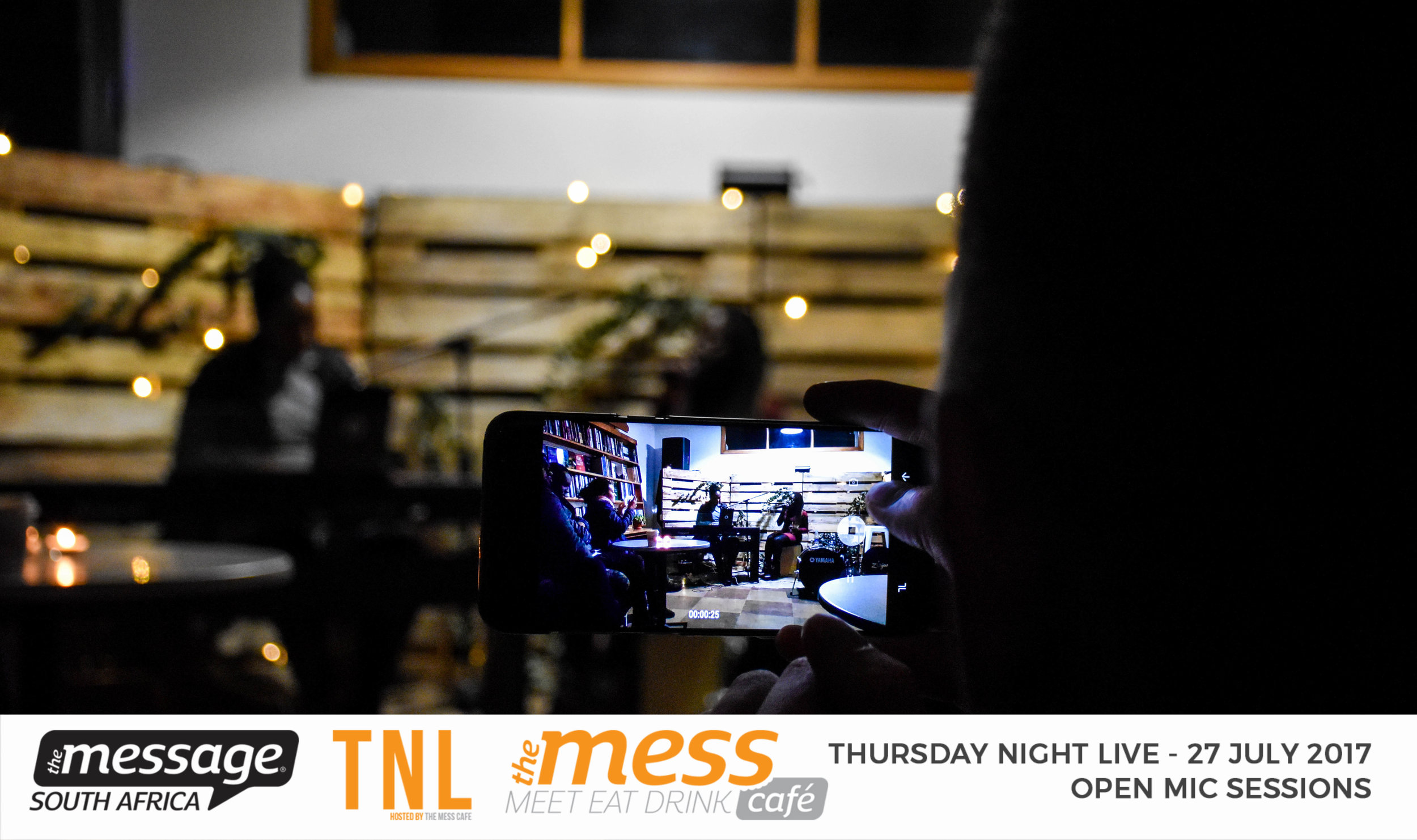 The Concert was Ballistic!

On the 27th of September the team travelled to Citrusdal, after weeks of preparation for mission and community work in the area.

The team arrived and settled in at the HEBRON Life Centre, tired, but buzzing with excitement for the week ahead.

Their first day on mission took them back to Pardekop primary school whom they had visited in 2015. It was exciting to be back and to see the familiar faces of the children. To the teams surprise the kids remembered every member and welcomed them with open arms.

The team immediately set up and prepared for the 3hr session ahead. The session included, games, music by Kinetic IV, a showcase of talents by the students and testimonies shared by each KIV member, including team manager, Shaun Pretorius.

The kids engaged with every part of the program and sang along to every song they remembered from the year before.  Shaun, shared on his struggle with finding value in his life and how he came to find value in Christ.

Later in the program, the kids had an opportunity to showcase their gifts. It was  encouraging to see the kids boldly step out in front of their peers.

The day ended with a final performance by KIV before packing up and heading back to the Life Center were they spent time debriefing and preparing for their 2nd day in Citrusdal.

Day2 on mission in Citrusdal saw the team out in Breevlei Primary school, still shaking off “morning blue” the team arrived and immediately began the set up process, excited to be in a new school.

The programme kicked off with a performance by KIV called More Than This, and had the kids dancing along.

The team ran  a session that included talks on Value\Worth and a dynamic performance by KIV. The session ended with learners showcasing their gifts in front of their peers – what an amazing time in Breevlei Primary School!

Friday Morning in Citrusdal Primary School was not what the team expected , upon arriving at the school , the team was informed about a suicide committed by one of the learners and the numerous suicide attempts by other learners in the school.

The news hit the team hard, but they saw it as a great opportunity to share a message of hope and encouraged the learners that they are not alone, they are Loved by God, and they have a purpose.

The assembly ended off with a final performance by KIV, sending them off on holiday inspired, after which the team packed down and headed back to the Hebron Life Centre to prepare for the long awaited Friday Night  KIV Concert.

The Concert was Ballistic!!! Learners came out in numbers and brought their moms and dads along. The concert involved KIV doing a full set of music and testimonies, prizes for crowd participation, performances by the audience and an encouragement by Shaun.

The team was impacted deeply by the thankfulness expressed by the community of Citrusdal and are looking forward to their return in 2017.